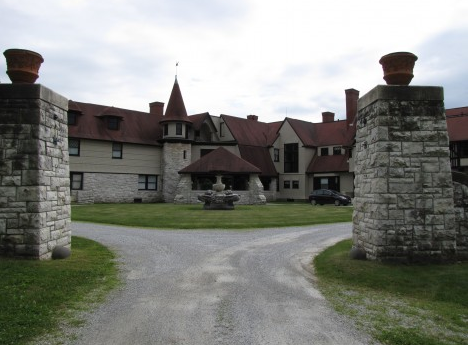 SAVE THE MANSION AND DESTROY THE NEIGHBORHOOD?

Architectural historian Carole Owens has written an excellent essay for the Berkshire Edge. Her analysis of the relationship between the “cottagers” and the Berkshire economy is well worth reading in its entirety. We excerpt only the concluding paragraphs below:

Another big change is that today corporations not individuals are developing properties. The difference in density and land use is significant. Elm Court is an example. Instead of a single family residence (however grand), the developers propose 112 bedrooms, a 60 seat restaurant, and a spa. The original house is 53,538 square feet and the addition is over 52,000 square feet for a total over 105,500 square feet. The developers project 100 jobs on the site. Elm Court sits on 90 acres, and next, without undue legal machinations, the developers could build homes or town homes on the massive acreage as they did at Wyndhurst and Erskine Park. If they did, the concentration of commercial and residential square footage and people on that site, in that corner of Stockbridge, would be greater than on Main Street Stockbridge. Developers could create the new town of Stockbridge next door to the old: hard to overestimate the impact.

Is the impact negative or positive? The arguments made in the affirmative were that the project would create jobs and save an architectural gem. However, jobs in the Berkshire hospitality industry are most often lower-paid and seasonal. And it is hard to argue that the plan for Elm Court is preservation. The proposed addition is a change in size and style so significant that is cannot be identified as a model of preservation or even a restoration.

Will corporate development help or harm the Berkshires? In the absence of hard facts, an argument could be made either way. However, we already know two things: corporate development is distinctly different from a return of the Cottagers, and second, the Stockbridge Select Board made a mistake approving the Elm Court plan.